The BJP has emerged the clear winner in all the three corporations at the MCD elections with the Aam Aadmi Party pipping the Congress in the fight for a distant second spot.

The Municipal Corporation of Delhi (MCD) is a muncipal corporation an,autonomous body that governs 8 of the 11 Districts of Delhi,in the state of Delhi, India.It was one of three municipal corporations in the National Capital Territory of Delhi,the others being New Delhi Municipal Council,and Delhi Cantonment Board.

“The MCD was among the largest municipal bodies in the world providing civic services to more than estimated population of 11 million citizens in the capital city.The municipal corporation covers an area of 1,397.3 km² (539.5 mi²). 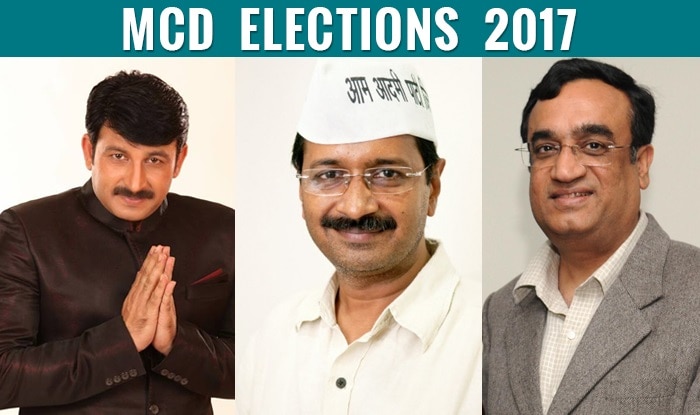 Delhi has picked the BJP again to run three key municipal corporations, handing the party a huge win that it has credited to Prime Minister Narendra Modi’s leadership.

Following this, Modi tweeted his thanks to the people of Delhi, even as the party stayed away from celebrations after its cleen sweep in the MCD elections.

“Grateful to the people of Delhi for the faith in BJP. I laud the hardwork of (Delhi BJP) team… which made the resounding MCD win possible,”Modi said.

The elections carry wider national ramifications as an emphatic victory for the BJP will only add to its image to invincibility and leave a divided opposition further demoralised in the run up to the national elections in 2019.

The BJP has controlled the city’s civic bodies for a decade.

For the AAP, a distant second isn’t exactly a consolation prize in a state where it won 67 of the 70 Assembly seats in 2015.

The biggest worry for a party which won Assembly polls with support from 54.2 per cent voters in 2015 was that it got only 26.2 per cent of the votes on Wednesday,lower than the 29.4 per cent it got in the 2013 assembly polls when it formed the 49-day government.

AAP party supremo and Delhi Chief Minister Arvind Kejriwal tweeted: “I congratulate BJP on their victory in all 3 MCDs. My govt looks forward to working with MCDs for the betterment of Delhi.”

The Congress, which won 77 seats in the 2012 municipal polls, was reduced to 30 this time and was pushed to third place.. It did, however, increase its vote share from 9.3 per cent in 2015 to 21.1 per cent on Wednesday. Delhi Congress head Ajay Maken resigned from all party posts taking responsibility for the loss.

Ajay Maken said he was quitting as the Congress’ Delhi chief and would not hold any party post for a year. He said the Congress was the day’s big gainer on vote share today, but he had expected to do better.

Delhi BJP chief Manoj Tiwari, credited for the party’s win, said the AAP’s defeat reflected how the party had “failed the people of Delhi”. He sought the resignation of Kejriwal and promised that the new elected civic body would “clean the city in four months”.

“We will make Delhi a clean city in the next four months. It will be a hygienic, dirt and disease free city,” Tiwari said.