The epic narrative of the fate of Kauravas and the Pandavas, and one of the two major Sanskrit epics of ancient India ,Mahabharata ,which has been made into TV series in the past, is now being made into a movie, and looks like it is going to be bigger than ever.

Bavaguthu Raghuram Shetty (known as Dr. B. R. Shetty) is the Founder and Non-Executive Chairman Abu Dhabi based NMC Healthcare and Chairman of UAE Exchange.He is Founder, CEO and MD of Neopharma and Chairman of BRS Ventures.Shetty was included on the Forbes list of India’s 100 Richest People in both 2015 and 2016.

Dr. Shetty, founder and chairman of UAE Exchange and NMC Healthcare, said, “The Mahabharata is an epic of all epics. This movie will be a true ‘Make in India’ made for the world. The Mahabharata mesmerizes as well as brings focus on life and living.

“Mahabharata is an epic of all epics. This movie will be a true ‘Make in India’ that’s made for the world. I believe that this film will not only set global benchmarks, but also re-position India and its prowess in mythological storytelling. I am confident that this film will be adapted in over 100 languages and reach over 3 billion people across the world,”said Dr.Shetty.

“I believe that this film will not only set global benchmarks, but also reposition India and its prowess in mythological storytelling. I am confident that this film will be adapted in over 100 languages and reach over 3 billion people across the world.”

“Importantly, am awestruck by the fantastic screenplay by Sri. MT and I have tremendous faith in the ability of V.A. Shrikumar to paint this narrative on celluloid. His passion and energy are boundless” Dr. Shetty added.

It remains almost impossible to narrate the Mahabharata on the big screen except by way of adaptation of Padma Bhushan MT Vasudevan Nair’s Jnanpeeth Award-winning novel Randamoozham (The Second Turn).

This novel narrates the epic through the eyes of Bhima, the second of the Pandavas. The screenplay is written by MT Vasudevan Nair himself, who holds a record of maximum number of national awards in the history of Indian cinema.

Commenting on the initiative, Vasudevan Nair, said: “I’m extremely happy with Shetty’s belief in the potential of the story and his passion and commitment to take it to global audiences. I sincerely congratulate him for his vision in backing a project of this scale.”

VA Shrikumar, Director, who has been researching for this project for the past few years, said: “I would like to sincerely thank Shetty for having immense faith in this project and help bring it to life with his financial commitment and his innate pride in Indian heritage.

“We are fully geared to attain the next level of production quality and visual magic, as well as narrative wizardry with this initiative.”

The film will be a coming together of the crème de la crème of Indian and global cinema in terms of cast and crew. The technical crew would include some of the great names in world cinema, including some Academy Award winners. The cast would have the best of talents from Indian cinema, as well as some big names from Hollywood.

Malayalam superstar Mohanlal has already been roped in to play Bheem.”Like many of us, I grew up to the tales of the Mahabharata. I consider myself lucky to be named to be named to play Bheema who is the pivotal character in Randamoozham. I am thankful to everyone who believes in me.”Mohanlal confirmed the news on Facebook. 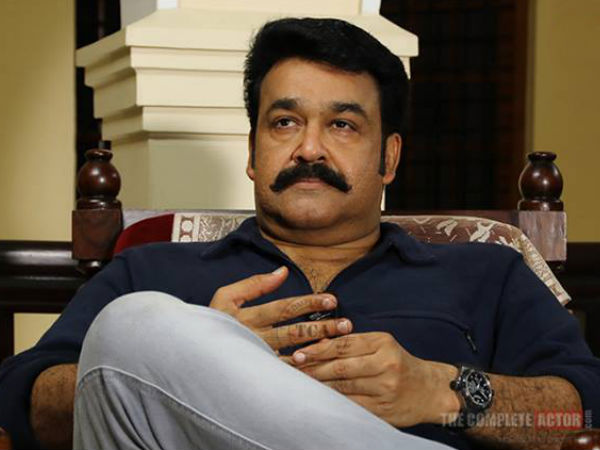 “This film will have an identity across continents, with their representatives donning the myriad characters in The Mahabharata! A global team led by an internationally renowned casting director will handpick the cast,” the release said.

The film will dwarf the budget of one of India’s most expensive films, South Indian star Rajinikanth’s upcoming 2.0, reportedly made on a budget of $62 million. Production is set to begin on September 2018 with a release planned for early 2020. It will be shot primarily in English, Hindi, Malayalam, Kannada, Tamil and Telugu, and will be dubbed into major Indian languages and leading foreign languages.